Robotic technology has seen major advancements in recent years. Because of this, the need for skilled roboticists who can design, build, and run complex robots has grown.

In this article, we will explain why Java is often used in robotics and explore some of its benefits.

Contents hide
1) Article Rating
2) Robotics and Java
3) The Popularity of Java in Robotics
4) Java is User-Friendly and Easy to Learn
5) Java’s Benefits for Robotics Programming
5.1) Platform independence
5.2) Ease of development
5.3) Java is Object-Oriented
5.4) Java Has a Large Development Community
5.5) Java is well documented.
5.6) Java is free.
6) Java’s Robustness, Security, and Portability
6.1) Robustness
6.2) Security
6.3) Portability
7) Java’s Global Reach Throughout The World
8) Java’s Open Source Ecosystem
9) Conclusion
10) Did you like this article? 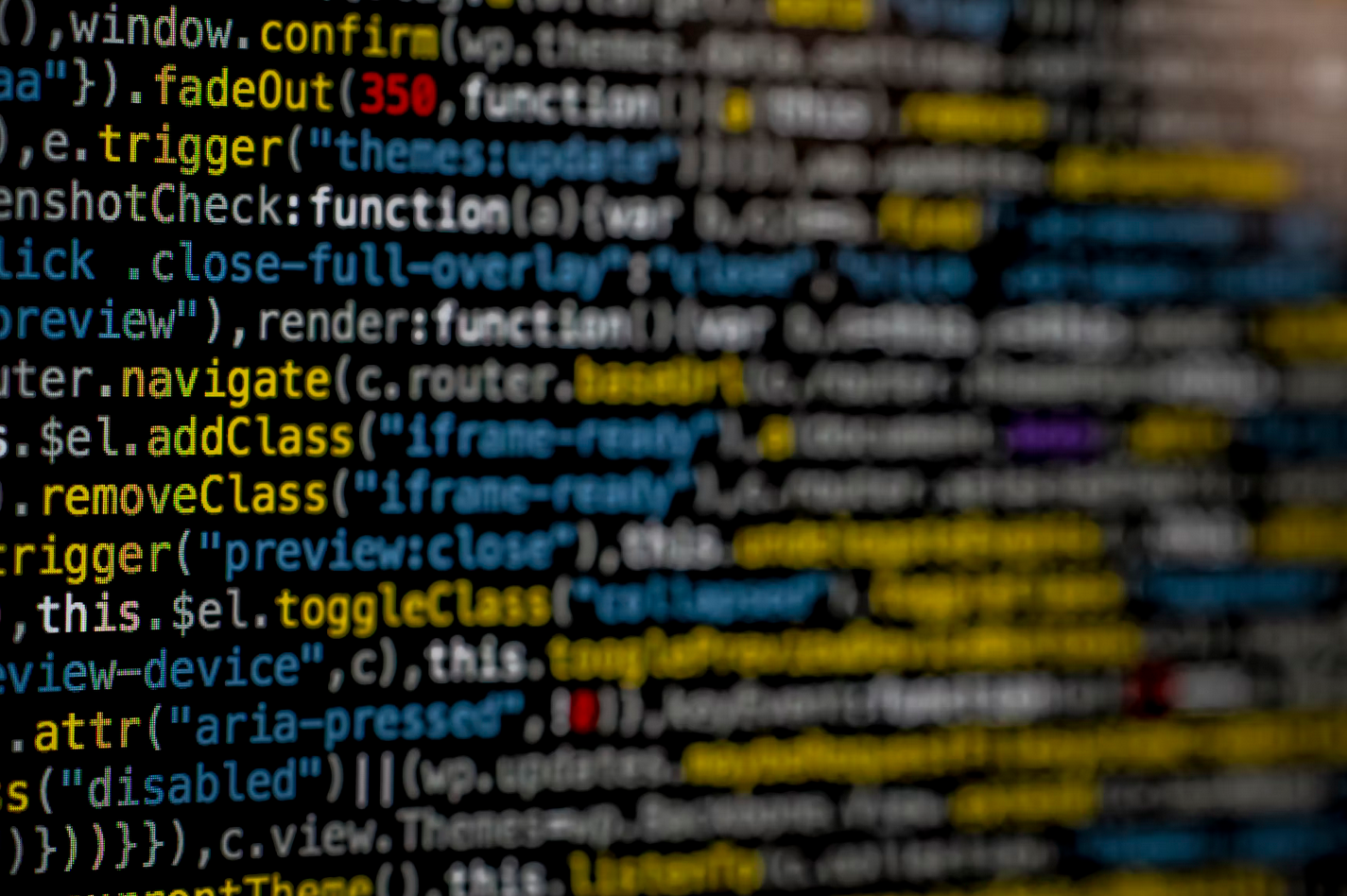 The use of Java code in robotics is becoming increasingly popular as it offers a wide range of benefits for both developers and users. With Java, developers can create sophisticated algorithms and applications that can be executed on a variety of platforms. This flexibility and portability are why Java is such a popular choice for developing robotics applications.

In addition to being a versatile programming language, Java also offers a number of other benefits for robotics. For example, Java is an object-oriented language, which means it can be used to model real-world objects and situations. This is especially useful in robotics, as it allows developers to create simulations of how their robots will behave in the real world. Java also has a number of built-in libraries that can be used for tasks such as image processing and communication with hardware.

Overall, Java is a powerful and versatile language.

The Popularity of Java in Robotics

Java is a popular programming language for a number of reasons. It is relatively easy to learn, it is versatile, and it has a large community of developers. But did you know that Java is also gaining popularity in the world of robotics?

Yes, that’s right-more and more roboticists are turning to Java as their language of choice. There are a number of reasons for this, but chief among them is the fact that Java is well-suited for developing complex robotic systems. Also, the Java virtual machine (JVM) makes it possible for code to run on different platforms, which is important for robotics applications.

So if you’re interested in getting into robotics, you may want to consider learning Java. It could just be the language you need to get ahead in this rapidly growing field.

Java is User-Friendly and Easy to Learn 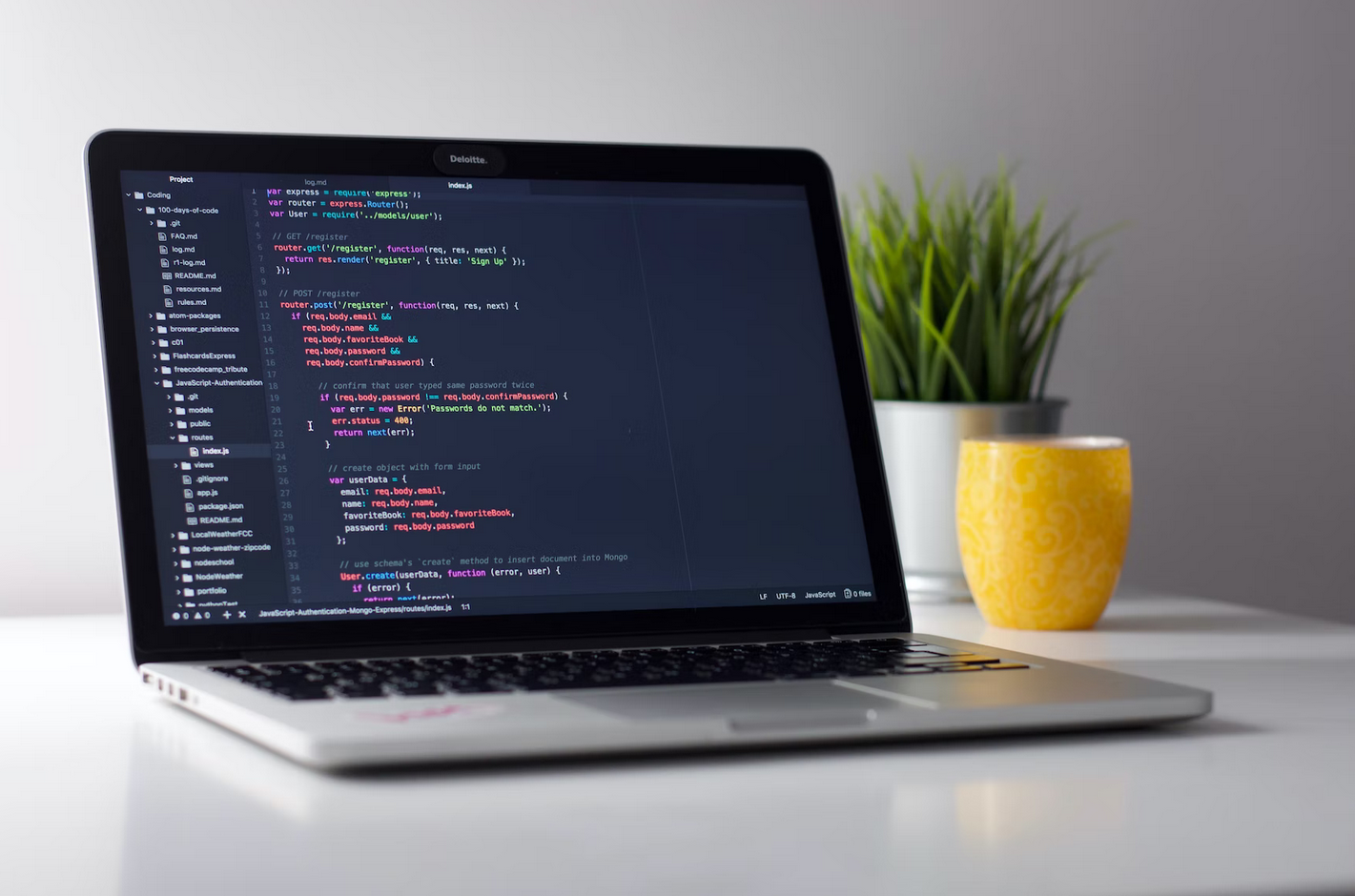 Java is one of the most user-friendly and easy-to-learn programming languages available. In fact, its popularity is largely due to its ease of use. Java is a flexible programming language that can be used to make a wide range of applications, from small programs to large enterprise apps.

If you’re new to programming, Java is an excellent language to learn. It is well-suited for beginners because it is easy to read and understand. Additionally, there are a wide range of resources available to help you learn Java. Once you have a basic understanding of the language, you can start developing simple programs. As you become more proficient, you can start developing more complex applications.

Whether you’re a beginner or an experienced programmer, Java is a great language to learn. With its user-friendly syntax and abundance of resources, Java is ideal for beginning programmers. However, if you’re already familiar with object-oriented programming, you’ll find that Java is powerful enough to meet your needs. 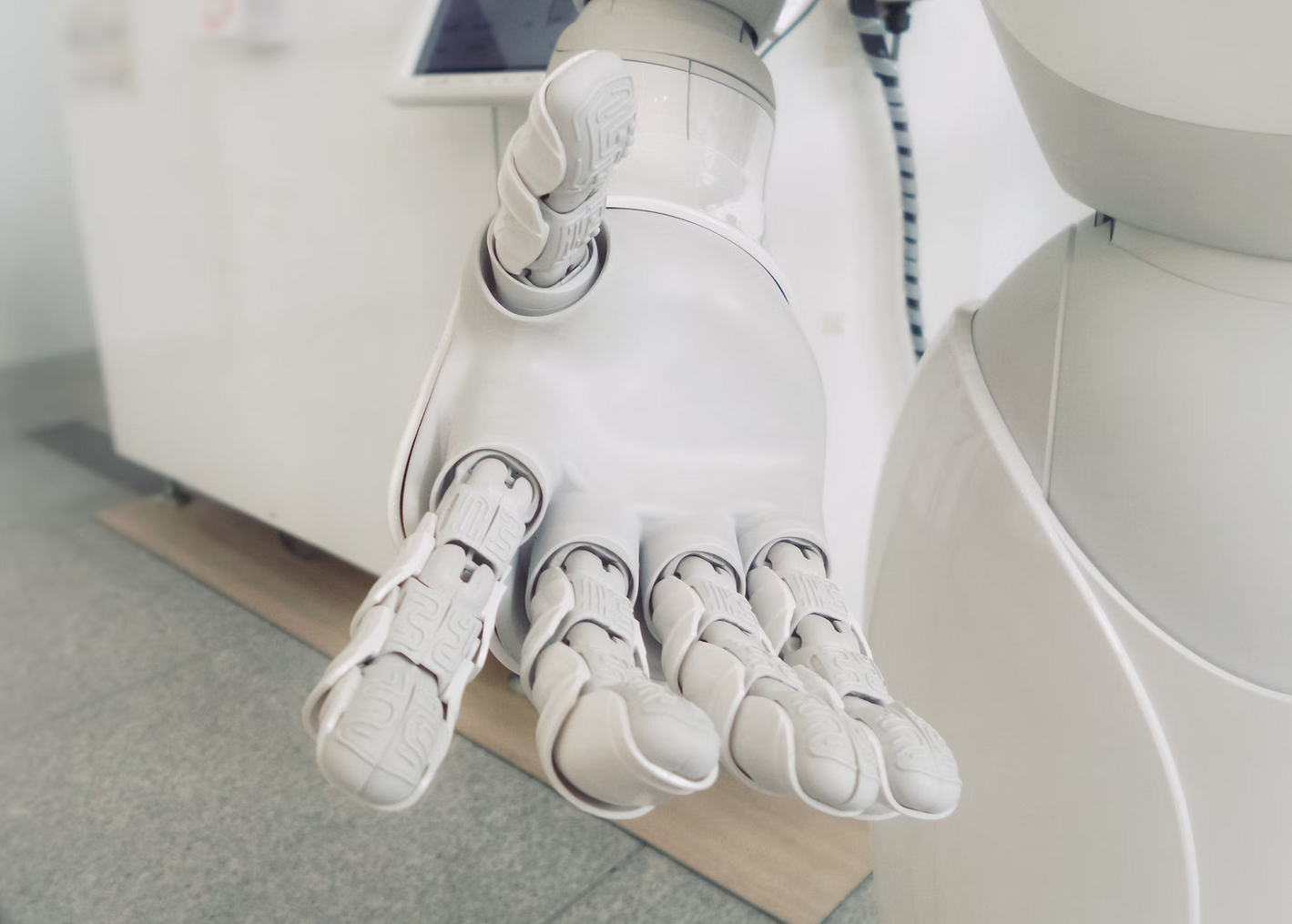 Robots are increasingly becoming a part of our everyday lives. From manufacturing to healthcare to retail, robots are being used in a variety of industries to automate tasks and improve efficiency. And as the demand for robots grows, so does the need for programmers who can code them.

One of the main benefits of using Java for robotics programming is its flexibility. Java can be used for a wide range of tasks, from small scripts to large applications. This makes it a good choice for both novice and experienced programmers. Additionally, Java is easy to learn and use. It has a wide range of libraries and tools that can help you get started quickly.

Another benefit of using Java for robotics programming is its platform independence. Java code can run on any platform that supports the Java Virtual Machine (JVM). This means that your code will run on any operating system, including Windows, macOS, Linux, and more. Additionally, your code will also run on any type of hardware device, from single-board computers to phones and tablets. This makes Java an ideal choice for developing cross-platform applications.

Java is also renowned for its ease of development. Thanks to its simple syntax and powerful tooling support, it’s easy to develop Java applications quickly. Also, Java developers have access to a huge ecosystem of libraries and frameworks that make it possible to make almost any kind of application.

Object-oriented programming is a style of coding that is based on the concept of objects. These objects can have attributes (data) and behaviors (methods). Objects can also be thought of as templates for creating new objects.

In Java, everything is an object. This includes primitive data types like int and double. Even classes and interfaces are considered objects. This makes Java a very powerful and flexible language.

Java Has a Large Development Community 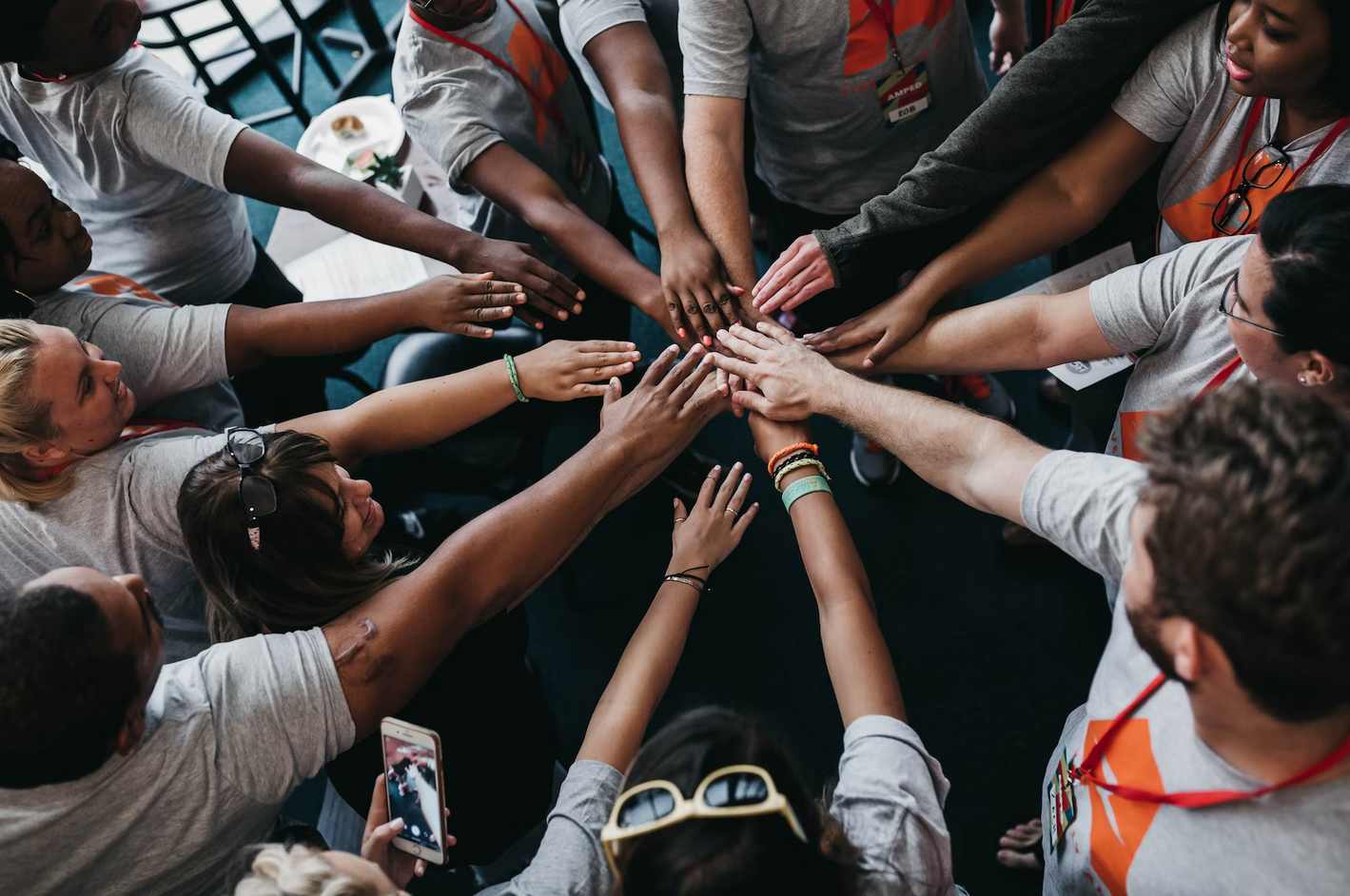 Java is one of the most popular programming languages in the world and has a large development community to match. According to a recent study, there are over 9 million Java developers worldwide. And the language is only getting more popular, with new developers joining the community every day.

If you’re thinking about learning Java, or if you’re already a Java developer, then you’re in good company. With such a large community, you’ll never lack support or resources. There are plenty of online forums, groups, and websites dedicated to Java development, so you can always find help when you need it. The language is also always changing, so you can always know about the newest features and trends.

Whether you’re a seasoned developer or just starting out, Java is a great language to learn. And with a little help from educative.io and its course on Java Fundamentals, you don’t have to have a degree in computer science to get started!

In just under four hours, this course takes students from having zero Java coding knowledge to becoming comfortable writing code in the language. Whether you want to build command-line applications or learn the foundations of object-oriented programming, this course is a great way to get started learning an incredibly powerful programming language with real-world applications!

Java is a robust and well-documented programming language that enables developers to create robust and scalable applications. Java has been used for many years to make a wide range of programs, from small desktop apps to large enterprise systems.

When it comes to documentation, Java is well-served thanks to the Java Development Kit (JDK), which contains a wealth of information on the language and its workings. In addition, there are a number of online resources that can be used to further understand Java and its capabilities.

Whether you’re just getting started with Java or you’re a seasoned veteran, you’ll find that there is plenty of documentation available to help you get the most out of the language.

Java is a versatile and powerful programming language that is free to use for everyone. Whether you are a beginner or an experienced programmer, Java is a great choice for developing a wide range of applications. From desktop applications to web applications and games, Java has something to offer everyone.

In addition to being free to use, Java is also easy to learn. There are plenty of resources available to help you get started, including tutorials, books, and online courses. And once you get started, you’ll find that Java is an enjoyable language to work with. So why not give it a try today? You might be surprised at what you can create. 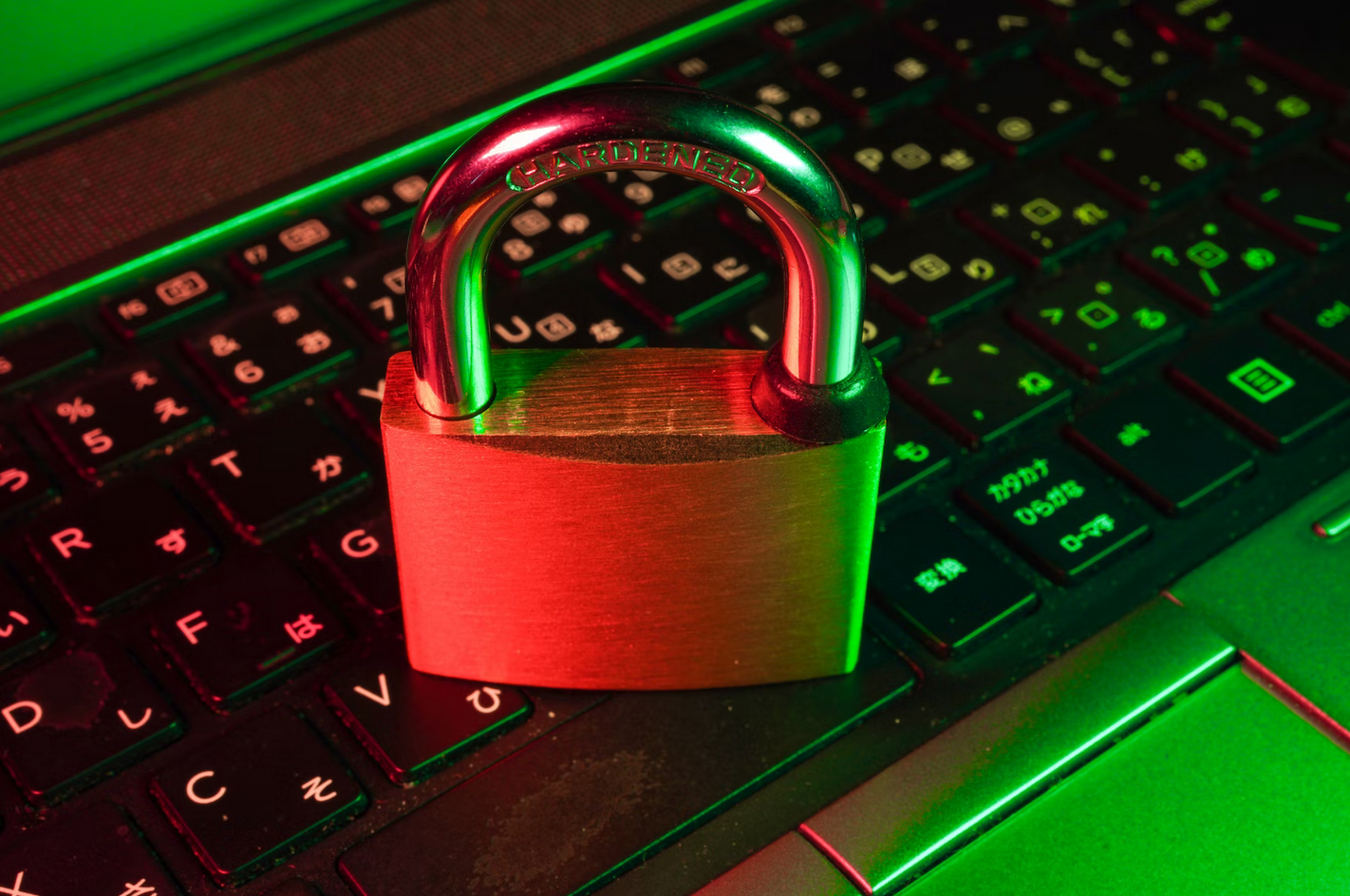 Java is a robust programming language that enables developers to create stable and secure applications. Java is also highly portable, meaning that applications can be run on any platform that supports the Java runtime environment. As a result, Java is an ideal choice for developing cross-platform applications.

Its robustness comes from its strong type system and memory management model. Also, the Java runtime environment has a number of safety features that help prevent errors and make sure applications run smoothly.

Java’s security model is based on the principle of least privilege, which means that code is only granted the permissions it needs to perform its task. This reduces the chances of malicious code being able to exploit vulnerabilities in the application. The Java Runtime Environment also comes with a security manager that can be used to limit access to code even more.

Java’s portability is achieved through its use of bytecode. Bytecode is a platform-independent code representation that can be executed by any machine that has a Java Virtual Machine (JVM). This makes it possible to run Java applications on any platform without recompiling.

Java’s Global Reach Throughout The World 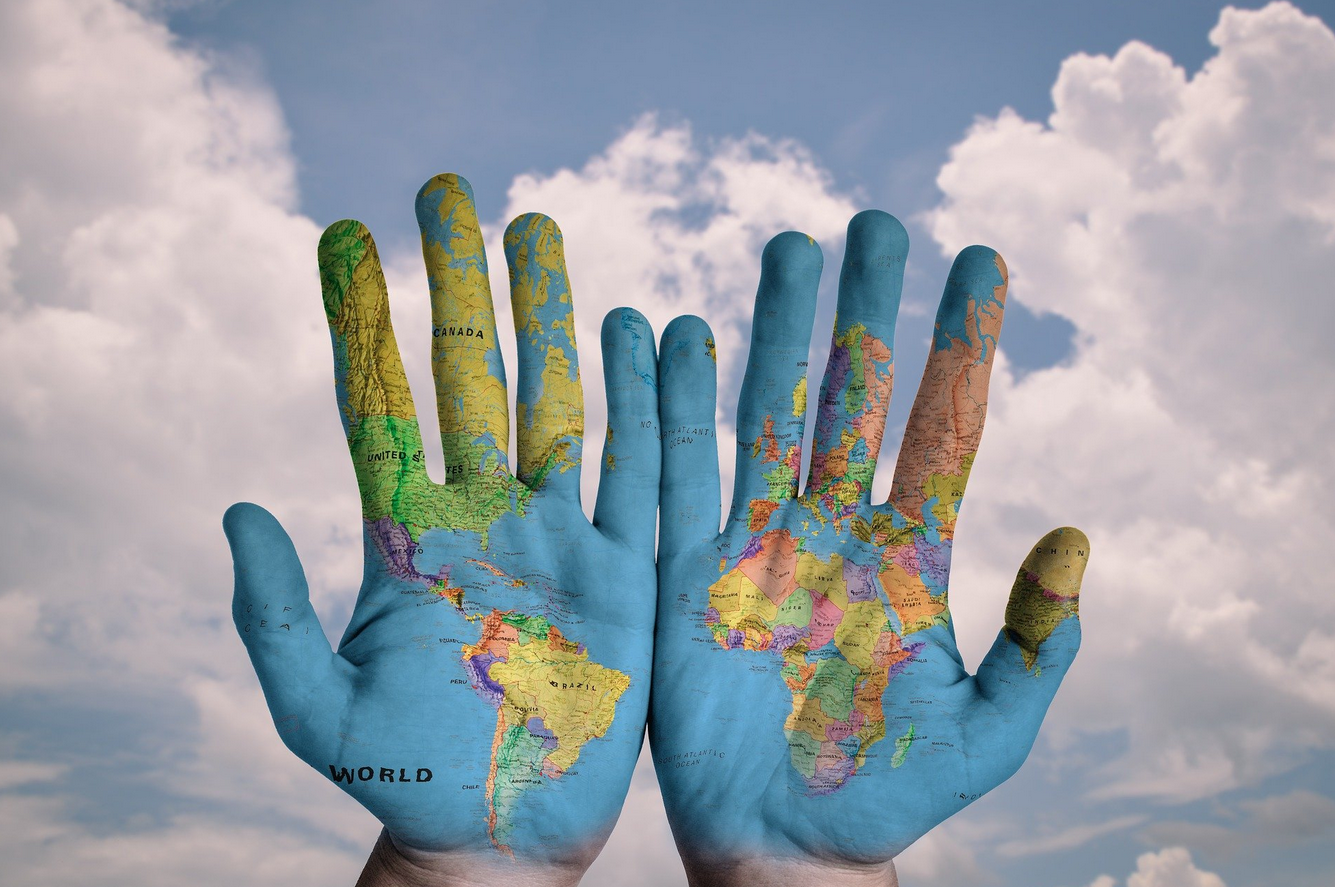 While Java was originally developed in the United States, it is now used in countries all over the globe. In fact, Java has become so popular that it is now considered to be one of the most important programming languages in the world. Millions of people use it every single day.

Java’s popularity can be attributed to its versatility and ease of use. It can be used for developing a wide range of applications, from desktop applications to web applications. Java is also platform-independent, which means that it can be run on any operating system.

While many people think of Java as a closed, proprietary platform, the reality is that Java has a thriving open source ecosystem. There are hundreds of open source projects related to Java, ranging from tools to frameworks to IDEs. And because Java is one of the most popular programming languages in the world, these open source projects are used by millions of developers.

The Java programming language is often used in robotics because it is relatively easy to learn and use, and it is versatile enough to be used for a wide variety of applications. Java also has a number of built-in safety features that make it a good choice for developing robotic applications.

If you would like to learn more about the Java programming language and its applications in robotics, or if you have any questions, please send us a message via our contact page.

As you can see, the world of robotics can be very fun and complex all at the same time. To learn more about the different robotics programming languages, please check out our guide here where we try to break things down for you for much easier information ingestion: Learn These Programming Languages For Robotics