I discussed Where to Begin With Robotics in a prior article. We’ll now look at a few of the more intriguing project concepts. Building things is much more enjoyable than reading textbooks, and you may learn more about the theory as you go. Since all you now need to get started with robotics is a computer and don’t really need to have any electrical skills, the entrance barriers have been significantly decreased. Still, even with all that said, one might still have issues in knowing on where exactly to begin.

There are a countless number of robotics-related projects and research areas available. We’ll outline the various project categories you can work on in this article and highlight some of the most intriguing ones. We’ll talk about projects you can complete entirely in simulation, as well as more complex robots for experimentation with the Robot Operating System (ROS) and embedded boards like the Raspberry Pi or Arduino.

DIY Robot Projects With an Arduino or Raspberry Pi

Two embedded computer boards that are ideal for creating robots are Arduino and Raspberry Pi. They have a small physical footprint, are simple to program, and pack a powerful punch in terms of processing power. They are simple to attach on various robot chassis and can be equipped with motors and a variety of sensors. Your only crutch is your creativity.

Though perhaps a little simpler to set up and less expensive, the Arduino board is less powerful than the Raspberry Pi. How to create a self-driving robot that avoids obstacles is demonstrated in the following Arduino Project.

It measures the separation between the following items using an ultrasonic sensor. If the object is too close, it changes the directory on its own. A simple robot chassis with motors, like the ones used in this setup, costs around $15 while an Arduino board costs roughly $6 and each ultrasonic sensor costs $2. Overall, this is a quick, easy, and enjoyable beginner project.

The Raspberry Pi is more akin to a little computer with sufficient processing capability to run Linux. In this line-following project, an infrared sensor is connected to the RasPi, enabling the robot to follow a black line on the floor. For instance, this is a pretty typical use case for warehouse robots. They program the robot using Python, a programming language that is simple to learn but is nevertheless widely utilized in industrial robot applications.

There are a ton of other awesome DIY robot projects available, such as a robot arm that can be controlled with hand gestures or ones that can be operated with a smartphone or even by speaking. You see, there are countless possibilities with those straightforward integrated boards.

These do-it-yourself projects are a terrific way to learn about electronics, sensors, actuators, as well as hardware-aware programming. There are many stores that sell inexpensive robot kits, such as Robotshop. These work well if you don’t want to perform the wiring and assembling yourself.

The open source ROS (Robot Operating System) software framework has grown significantly in popularity in recent years. It is frequently used to teach robotics at institutions and even in businesses that specialize in robotics. A strong community has developed around ROS and provides tutorials, support, and ready-to-use implementations. However, a robot must have some computational power and an operating system in order to run ROS. There are real robots that are dedicated to ROS, but you can also explore with it simply in simulation on your computer, which we’ll discuss in the part after this one.

Perhaps the most well-known is TurtleBot, of which Robotis is the creator of the most recent version 3. It is a mobile platform designed primarily for navigation, but it can also be equipped with a gripper for manipulation activities. Starting at 549 dollars for the base model, the pricing is not exactly low but it becomes much more appealing when you look at the features. Powerful motors, a sizable amount of processing power, a battery, and a 360-degree LiDAR that enables creating a map of the area are some of its other features (using the SLAM algorithm). Even the fitted camera is a high end one so that fellow robotic engineers and visionaries can test out computer vision applications. Due to all of these factors, the TurtleBot is highly liked in research and education. If you’re looking for a simple way to get started with ROS on a real robot, you might want to take a closer look.

Look at what Trossen Robotics has to offer if you’re looking for a robot arm. The starting price for their smallest model, the PincherX 100, is $549. It is not intended to manufacture vehicle parts with its extremely low payload of 50g, but with a little programming, it could be able to assist you with clearing your desk of paperclips. Since it was created specifically to interact with the ROS framework, there are many resources available to assist you in getting started. It is also worthwhile to look at the rest of their product line, where they provide several robot kits in various pricing ranges.

Finally, ROS can be installed on the Raspberry Pi if you’d prefer to create your own robot. Although there are significant restrictions brought on by a lack of computer power, it is nevertheless adequate for a wide range of projects. One illustration is mounting a Raspberry Pi on a base for a driving robot, installing ROS, and connecting an XBOX controller to drive it.

I’ll tell you something genuinely amazing: Gazebo and other simulators have simulation models available for usage with many of the robots currently on the market. Like Gazebo, which allows us to play with robot apps for nothing at all, many of them are available for free download. The simulation opens up a whole new universe of possibilities since it enables us to operate the robot in various settings under the physical influence of the real world on our computer. Even sensor data input, such as that from a 3D camera, can be simulated. The simulation is therefore appropriate for a variety of tasks, including those involving vision, perception, motion planning, control, machine learning, and more!

There are many excellent resources available to assist you when you are prepared to take on more challenging jobs. Let me give you some examples of fascinating robot projects that were created in simulation on many advanced topics: 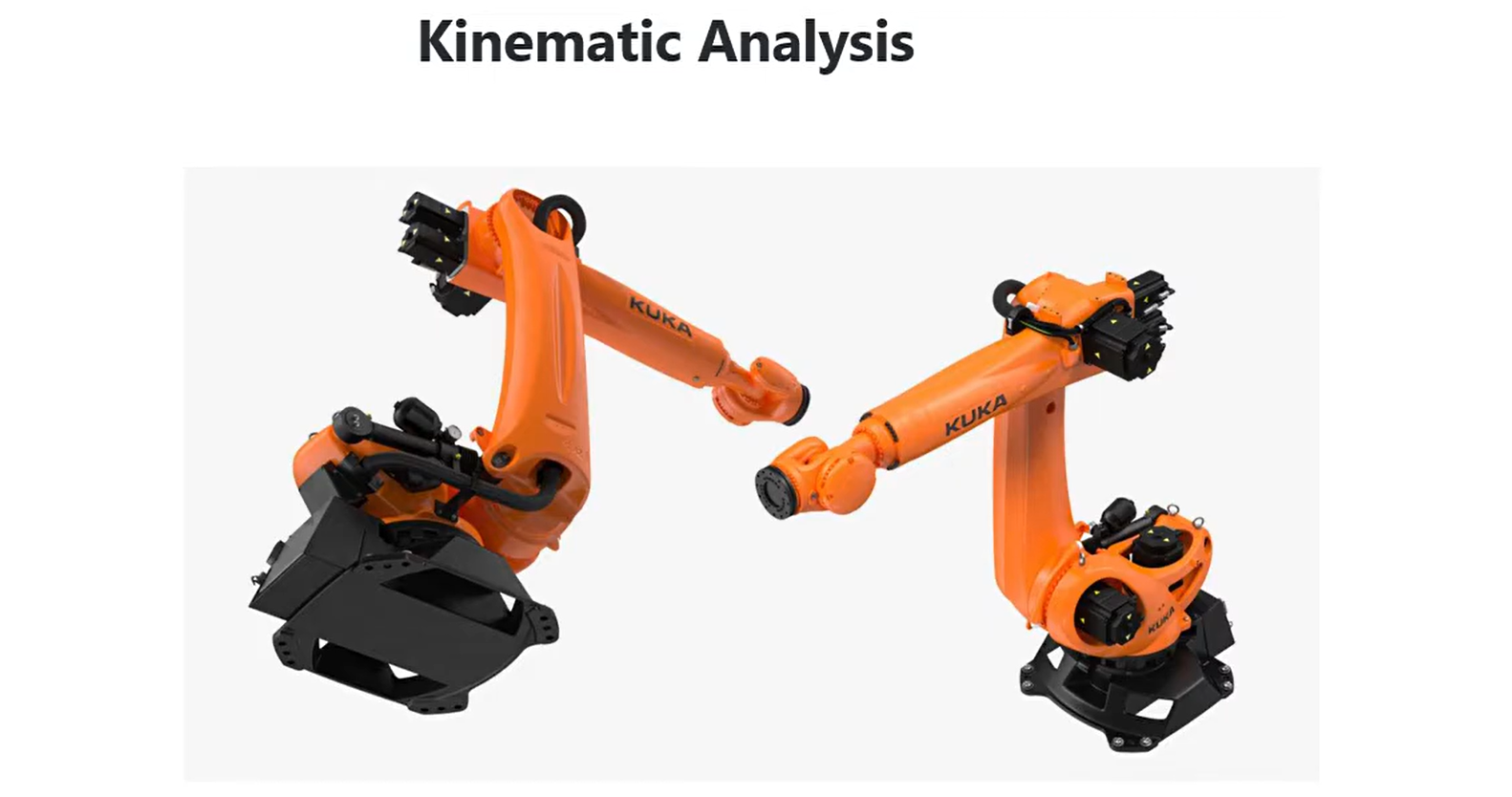 Nick Hortovanyi discusses Udacity’s Robotics Nano Degree program projects on his Medium blog. One of them is an advanced robot kinematics course. To calculate the forward kinematics, he goes through the procedure of obtaining the DH-Parameters and building the transformation matrices. On the basis of that, he develops a program to compute the inverse kinematics in order to direct the gripper position of the Kuka robot and carry out a pick-and-place task.

We previously discussed the TurtleBot3 from Robotis. On their website, they also offer tutorial tasks for using the robot in simulations. Teaching the robot to avoid obstacles using machine learning is an intriguing project. They use a particular type of machine learning called reinforcement learning. They demonstrate how to set up the necessary packages, install Tensorflow and Keras, train the model, and view the results. Exploring machine learning is worthwhile because it is a whole new world unto itself and is currently most likely the trendiest issue in robotics.

Robot perception is the focus of another project from the Robotics Nano Degree program at Udacity. Identifying things on a table is a project that Nick Hortovanyi outlines. The two-arm robot PR2, which is simulated, was created at Willow Garage (the creators of ROS). A depth camera on the PR2 robot produces a point cloud as a depiction of the surroundings. The relevant information is subsequently extracted from this point cloud using a variety of filters. Finally, the objects are taught to be labeled using a traditional machine learning model.

The projects I have mentioned are sophisticated and aimed for more seasoned ROS users. However, the objective was to inspire you and demonstrate all the options available to you while working in a simulation. You will instantly learn more and come across more areas that you are interested in and want to study once you start with basic ROS and Gazebo tutorials and tiny projects.

I made an effort to give you a summary of the top robot projects for studying robotics in this article. I made an effort to discuss many project categories with various requirements and scope. I hope that was helpful and that you now have a place to start looking for and selecting the projects that are the best fit for you. Please share any further cool robotics projects you are aware of via our contact form.